Soft tissue sarcoma is a type of cancer that begins in the soft tissues of your body. Soft tissues connect, support and surround other body structures. The soft tissues include muscle, fat, blood vessels, nerves, tendons and the lining of your joints.

Many types of soft tissue sarcoma exist. Some types are more likely to affect children, while others affect mostly adults.

Soft tissue sarcoma can occur anywhere in your body, but the most common types occur in the abdomen and in the arms and legs.

A soft tissue sarcoma may not cause any signs and symptoms in its early stages. As the tumor grows, it may cause:

When to see a doctor

Make an appointment with your doctor if you have any persistent signs and symptoms that worry you.

In most cases, it’s not clear what causes soft tissue sarcoma.

In general, cancer occurs when cells develop errors (mutations) in their DNA. The errors make cells grow and divide out of control. The accumulating abnormal cells form a tumor that can grow to invade nearby structures and spread to other parts of the body.

The type of cell that develops the genetic mutation determines what type of soft tissue sarcoma you have.

Factors that may increase your risk of sarcoma include:

You have been referred to Institut Bergonié for the diagnostic workup of a soft-tissue or bone lesion. Such lesions may be a sarcoma but only an histological assessment of a biopsy would allow confirmation of diagnosis.

Because appointments can be brief, and there’s often a lot of ground to cover, it’s a good idea to arrive well-prepared. Here’s some information to help you get ready.

What you can do

Your time with your doctor is limited, so preparing a list of questions can help you make the most of your time together. List your questions from most important to least important in case time runs out. For a sarcoma, some basic questions to ask your doctor include:

What to expect from your doctor

Your doctor is likely to ask you a number of questions. Being ready to answer them may make time to cover other points you want to discuss. Your doctor may ask:

Tests and procedures used to diagnose  sarcoma include:

In the lab, a doctor trained in analyzing body tissues (pathologist) examines the tissue sample for signs of cancer. The pathologist also analyzes the sample to understand the type of cancer and to determine whether the cancer is aggressive.

Your doctor has confirmed you the diagnosis of sarcoma. Your treatment options for sarcoma will depend on the size, type and location of your tumor.

Surgery is a common treatment for soft tissue sarcoma. Surgery generally involves removing the cancer and some healthy tissue surrounding it.

When  sarcoma affects the arms and legs, it may be necessary to amputate the affected arm or leg. Doctors try their best to avoid amputation. One option to achieve this may be using chemotherapy and radiation to shrink the tumor before surgery, which increases the likelihood that an amputation will be unnecessary.

When sarcoma spreads to another area of the body, surgery has a limited role but can be proposed in some cases.

Radiation therapy involves treating cancer with beams of energy, such as X-rays or protons.

Your doctor may suggest using radiation therapy before surgery to shrink a tumor to make it easier to remove with surgery. Radiation is also used after surgery to kill any cancer cells that remain.

Chemotherapy and radiation may be combined.

Chemotherapy is a drug treatment that uses chemicals to kill cancer cells. Chemotherapy can be administered by pill, through a vein (intravenously), or both methods may be used.

Some forms of sarcoma respond better to chemotherapy than do others. For instance, chemotherapy is often used to treat rhabdomyosarcoma.

Some of the targeted drugs used to treat one type of sarcoma include:

Many new targeted drugs are being studied.

As an international reference center, the sarcoma group of Institut Bergonié is leading an ambitious research program. Together, sarcoma disease-oriented team members do research to improve understanding and management of these rare cancers. Our main goals are to:

Pr Antoine ITALIANO is leading a pre-clinical team (Unité INSERM Action). One of the project developed by this team is to make it possible to create “personal” mouse models of cancer, called xenografts, from an individual’s cancer cells. To make a xenograft, researchers implant tumor tissue from patients into mice. The grafted tumors grow, looking and behaving like the original human tumors. They even spread to the same places in the bodies of mice as in patients. Our researchers have created mouse models for different types of sarcomas and use these to pursue new and improved cancer treatments.

We lead also several clinical trials to improve on current standards for treatment and to enhance quality of life. Clinical trials are research studies that evaluate the safety and effectiveness of new ways to diagnose and treat sarcoma. These studies can also help doctors compare the effectiveness of prevention strategies or other aspects of your care. 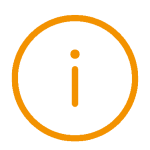 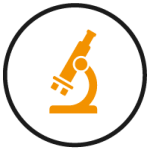